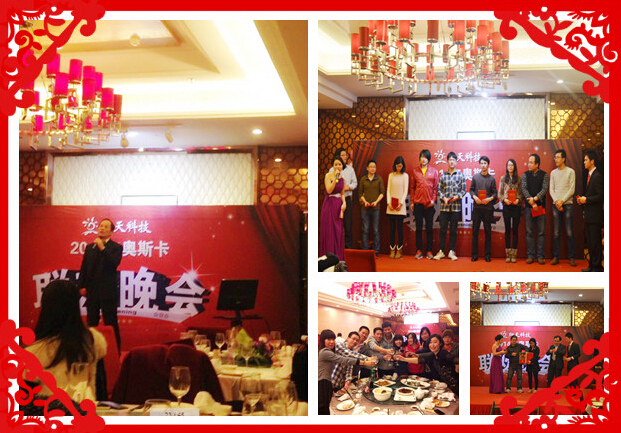 At the Opening Ceremony, Mr. Sun, Founder of INTECH, delivered a speech. “Looking back on the past year, we have gained great achievements. I am really grateful for your contributions. I hope we can make greater progress next year!”

The Performances began at around 4:00 p.m. with one program from each Department, including Dancing, Singing, Sketch, etc. Abundant programs made the party reach a climax, with everyone filled with joyfulness and happiness. The Sign Language Dance – “Loving family” represented that we were a big family.


The Award Ceremony followed afterwards. Everyone played an important role in the development of INTECH in the past year. Those impressive were awarded the titles of Outstanding Newcomer, Outstanding Staff and Outstanding Cadre respectively. Congratulations to them!


Finally, we toasted the coming of the New Year and enjoyed the dinner.